It comes defined “MURMURATION” a Starling flock. This term describes the rustle caused by thousands of wings that move in unison as if they would be words whispered. Starlings are small to medium-sized passerine birds in the family Sturnidae. 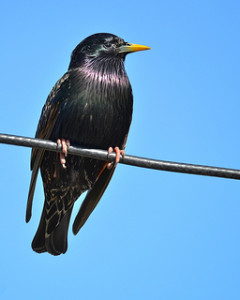 The way in which a flock changes shape like if it would be liquid, is one of the most spectacular events in the natural world. Thousands of birds that come to Britain’s milder Atlantic climate to escape the harsh cold of the European continent, especially in Scandinavia.

There are several reasons to get together in the way they do – safety in numbers, information exchange  and warmth at night through roosting together. The birds may feed up to 20 miles from their winter roost but return each evening. Watching the perfect synchronization of a starling flock in flight, many researchers  have wondered if the birds aren’t actually a single organism, governed by something beyond the usual rules of biology. The latest researches seem suggests that’s true. Mathematical analysis of flock dynamics show how each starling’s movement is influenced by every other starling, and vice versa. It doesn’t matter how large a flock is, or if two birds are on opposite sides. It’s as if every individual is connected to the same network. 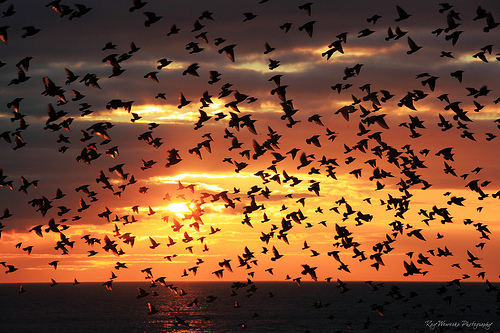 This phenomenon is known as scale-free correlation, and transcends biology:

“The change in the behavioral state of one animal affects and is affected by that of all other animals in the group, no matter how large the group is. Scale-free correlations provide each animal with an effective perception range much larger than the direct interindividual interaction range, thus enhancing global response to perturbations. Our results suggest that flocks behave as critical systems, poised to respond maximally to environmental perturbations.” – Giorgio Parisi in a June 14, Proceedings of the National Academy of Sciences paper  – Scale-free correlations in starling flocks

“More analysis is necessary to prove this definitively, but our results suggest that starling flocks are a critical system”, said the physicist Irene Giardina (co-author of Giorgio Parisi) at University of Rome. Many biologists confirm that actually their near-instantaneous signal-processing speed remains a mystery to us. 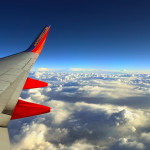